How to Deal with Discriminatory Police Surveillance 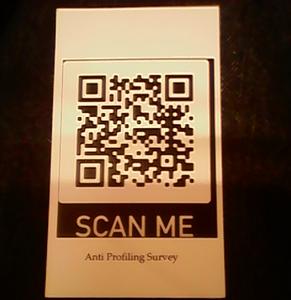 For years law enforcement has made it standard practice to surveil motorcycle club parties and events, funerals, runs, COC meetings, etc.  the sole purpose of which is to gather intelligence on what they consider members of criminal organizations.  Since the 2015 Waco incident we have seen increased incidents of law enforcement surveillance of motorcycle club members in New York, Idaho, Arizona and California just to name a few states.  For many involved in the motorcycle club world this hostile surveillance has just become an annoying and invasive part of our lifestyle that we tolerate and tell anecdotal stories about because most don’t know what can be done to stop it.  This article will address what our community, the motorcycle club community can do to counter, deter and stop this type of law enforcement harassment.Type your paragraph here.

The most effective way to counter and stop this type of hostile surveillance by law enforcement is to pass legislation that specifically addresses motorcycle profiling.  In 2011, Washington State became the first state in the country to pass a law addressing motorcycle profiling:

R.C.W. 43.101.419. “Motorcycle profiling” means the illegal use of the fact that a person rides a motorcycle or wears motorcycle-related paraphernalia as a factor in deciding to stop and question, take enforcement action, arrest, or search a person or vehicle with or without a legal basis under the United States Constitution or Washington State Constitution.

The recent precedent setting case that clarifies whether it is legal to photograph police is Manny Garcia v. Montgomery County, MD.  In this case, journalist Manny Garcia was arrested and charged with disorderly conduct for photographing police as they detained two men in Maryland.  In this case, the Department of Justice filed a Statement of Interest  in the case upholding the right of individuals to photograph police under the First, Fourth and Fourteenth Amendments to the U.S. Constitution.  The D.O.J. argues that not only do individuals have a First Amendment right to film officers publicly doing their duties, they also have Fourth and 14th Amendment rights protecting them from having those recordings seized without a warrant or due process.  In fact in their statement the D.O.J. stated that the United States is concerned that discretionary charges such as disorderly conduct, loitering, disturbing the peace and resisting arrest are all too easily used to curtail expressive conduct or retaliate against individuals for exercising their First Amendment rights.  Core First Amendment conduct, such as recording a police officer performing duties on a public street, cannot be the sole basis for such charges.  Federal appellate courts have upheld a First Amendment right to record police in numerous cases from around the country and many of them were cited by the Justice Department in their statement in the Garcia case.  So yes, it is legal to film police in public.

Now, let’s say you’re at an event that is under law enforcement surveillance, you take several photographs that documents the surveillance, the police leave the scene, what next?  Keep the photos or video in an organized file, note the event, date, time, duration of surveillance and law enforcement agencies involved.  Then file a public records request with all the agencies involved requesting copies of the photos/video that they obtained during their surveillance, any police reports, CAD reports, officer log book entries and radio traffic associated with the operation.  By following up your counter surveillance with a public records request you will obtain additional photos, documents and radio traffic that may help you establish that you were being unfairly and unnecessarily targeted by law enforcement and will help you build your pattern of evidence.  Have all your evidence reviewed by your Confederation of Clubs/Council of Clubs attorney to evaluate for any civil rights violations and whether or not litigation is warranted.  If your state is in the process of pursuing motorcycle profiling legislation make the key people in that movement aware of the evidence of profiling you have and make it available to them for use in building their pattern of evidence.  If your state is not currently pursuing motorcycle profiling legislation, you can send a copy of your evidence to us at the Motorcycle Profiling Project and we will store it for later legislative use in your state.

Keep the photos or video in an organized file

File a public records request with all the agencies involved requesting the following:

Copies of the photos/video taken

Traffic associated with the operation

Be vigilant in following up with the request